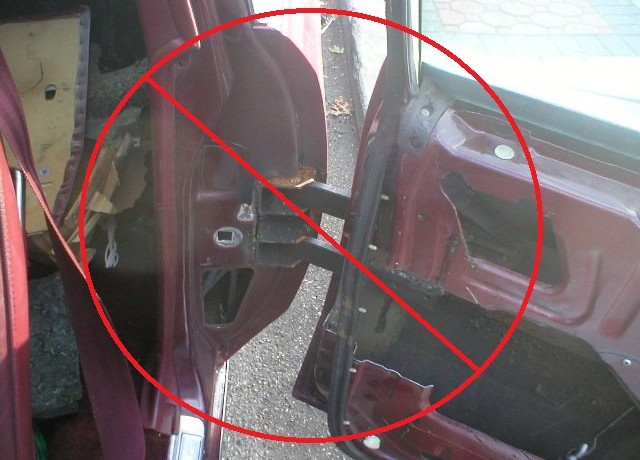 Are you considering Suicide Doors for your vehicle? if you are your looking in the right direction. Suicide doors are probably the most classiest no nonsense and practical door modification that can be made for any vehicle. They are easy to get in and out of, even easier than regular doors, and their simplicity make it so that any body man can install them with ease.

Wait did they say ANY body man,  with EASE? Yes we did and while were not going to go in depth about the installation techniques in this post we do want to talk about hinge selection. Hinge selection is probably the most important decision when modifying a vehicles doors. This rule applies to suicide doors as much as any other door modification because the same hinge will not work on your Studebaker that worked on your s10.

Speaking of s1o’s the biggest issue with suicide doors is the universal hinges  designed (not engineered, more on that in other posts) to be used on chev 1500 and s10 trucks and sold by companies like Autoloc and Suicide doors.com whom make no claims that it will work on your vehicle other than calling them universal….which is kind of a claim in and of itself ,but lets stay focused here.

To put it plainly, universal hinges don’t work and have nothing going for them. One might be inclined to say, “oh but the price of them is cheap!” If this were true we would stop all of our production lines and just make one hinge. That would be easy for us, more profitable, but just the opposite for our customers.  Universal hinges are SUPER EXPENSIVE nothingness because the person stuck holding the bill (whether your time, money or both) is going to be in for a shock when they realize just how much longer (usually ten fold) it takes to install universal suicide door hinges. The really shock comes later when your repairing sagging issues and worn out bushings while you shop for a new pair of hinges and  think about  how your going to pay for the time of money it cost you to get it done right.

If you would like to speak with us more on this topic visit our CONTACT US page and drop an an email, text, or phone call, but for now, here are a few examples of the right and wrong hinge for a given application.

HERE IS A TWO DOOR EXAMPLE:

HERE IS A FOUR DOOR EXAMPLE:

This is a www.SuicideDoors.com Universal kit installed on a Dodge Charger (4 door example).

Our suicide doors are known to require the least amount of work to install. However we have made another step forward, and areFebruary 13, 2015 0

Check out the new Porsche Boxter / 911 Suicide Door hinges. This set was ordered in a raw metal finish to be painted during theFebruary 13, 2015 0

Another 180 suicide door hinge headed to our good friends in Australia. This one is for a Toyota Hilux. Thanks for your orderMarch 25, 2014 0

In out last post we saw the installation of our new line of suicide doors. Since then we have been getting requests for moreFebruary 5, 2014 0

Good morning installers, your probably on your second cup of coffee by now, so we thought we would post something for you to lookJanuary 14, 2014 0

These corvette hinge kits are precision engineered for each specific application giving them a true bolt on fitment unlike anyAugust 12, 2013 0

We get a lot of calls from folks who are building cars that cannot buy OEM hinges for their vehicle. They often consider changingJuly 19, 2013 0

That’s right Bill, they are ready to go out the door! When Bill contacted us about making a custom offset suicide door hinge END_OF_DOCUMENT_TOKEN_TO_BE_REPLACED